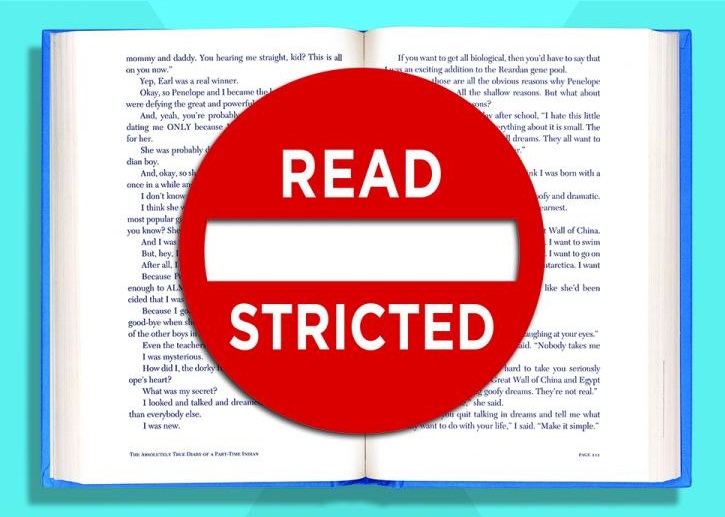 As a librarian, the hardest part for me has been when I have asked an eager student not to pick a particular book just because the teachers felt it was inappropriate for the age. The long drawn face still lingers with me, years after the experience. The incident made me think that how can a teacher be the judge for a child as to what he/she should read. Isn’t it impinging on the Intellectual Freedom of the student?

The school libraries play a very pivotal role in dissemination of information and promoting intellectual freedom. It serves as a nodal point of voluntary access to information and ideas in the form of books, periodicals, journals and other materials. They also serve as learning avenues for students as they acquire critical thinking and problem-solving skills. Thus stopping a student from accessing a material is equivalent to censorship, thereby flouting his/her freedom to read. And yet creating a curiosity in the young minds about the content of the book, as they say forbidden fruit tastes better.

The ALA( American Library Association) describes censorship as, “Censorship is the suppression of ideas and information that certain persons—individuals, groups or government officials—find objectionable or dangerous. It is no more complicated than someone saying, “Don’t let anyone read this book, or buy that magazine, or view that film, because I object to it! ” Censors try to use the power of the state to impose their view of what is truthful and appropriate, or offensive and objectionable, on everyone else. Censors pressure public institutions, like libraries, to suppress and remove from public access information they judge inappropriate or dangerous, so that no one else has the chance to read or view the material and make up their own minds about it. The censor wants to prejudge materials for everyone”. (http://www.ala.org/advocacy/intfreedom/censorship/faq)

Being an avid reader, I was devastated as a student myself when I found some of the most popular classics to be banned for the flimsiest of reasons. But, on the other hand it also throws light on the issues that the authority fears the most, or the society wishes to suppress. For eg: Little Women  by Louisa May Alcott  was challenged frequently for having female characters that are independent, resilient and open to make their own choices. This was unacceptable at the time it was published. Similarly, Peter Pan by J. M. Barrie  has been banned and challenged on the grounds of promoting homosexuality and miscreant-ism!!!!! Any answers to that??? A book that is a classic par excellence, which is a blend of pure fantasy and magic, transporting the readers to an adventure ride is seen as objectionable !!!!. But then , the question arises: Who gives the power to curtail the freedom to read? and why? Please answer.

In my 9 years as a Librarian, I have invested my time, energy into acquiring all types of  resources for my students. I have made it a task for myself to satisfy their hunger and yet keep the hunger for more. But out of the blue,  there is an email, or a letter asking me to explain myself as to how I let myself fail at the job, and allow the students free access to all kinds of books. It is not pleasant to read or answer them since may parents and teachers refuse to understand my stance of defending a books, and end up using very harsh language against me. It took a lot of courage, integrity and character, not to answer them in their own tone yet defending my reason. Most often I have had to back off since Heads also do not accept the stance of why a particular book should not be removed.

It has been of utmost importance to me to be judicial when dealing with students. They are like open pots. So I refuse to label a book that might prejudice a potential reader. I wish to fill them knowledge that surpasses all kinds of prejudices, biases and intolerance. I take it upon myself as a librarian to “defend the right to read, to speak, to learn, to explore, to question, to differ, to contradict, to grow, and to think?”. (http://www.ala.org/advocacy/intfreedom/censorship/faq)

To educate my students, I organised Banned Books Week, to educate them about their Right to Read, Intellectual Freedom and Censorship. My efforts paid off. The display board outside the library was the ‘Talk of the School’. And even now I have students stop me and discuss as to why they feel its unfair to put a blanket ban on a books, or the judge of a book should be the reader. They were thinking for themselves and also questioning the rights of the author to be read , and the rights of a reader to read, reasons why a book was banned when the author wrote for the very same reasons to come to light, etc. The appropriateness of a book should not be handed down, rather one should judge themselves whether the content is suitable or not. Here,  I would like to add what Michelle Luhtala, Library Department Chair, New Canaan High School, CT, had said in one of her webinar: ” We will have a book for every child, but not every book in the library is right for every child”.

Thus my job as a librarian becomes even more riskier since we are always under scrutiny for allowing the freedom to read. I would also like to add  that the mere presence of a particular book in the school library does not imply endorsement of the ideas expressed by the author. The library is simply acting as a a neutral provider of information . The freedom to read is essential for our world today to harvest young minds that make informed decision, and develop creative culture.

So dear all, if you find your favorite book in the library, be appreciative and grateful of the librarian who has been the voice behind it being there for you, defending  your right to read.