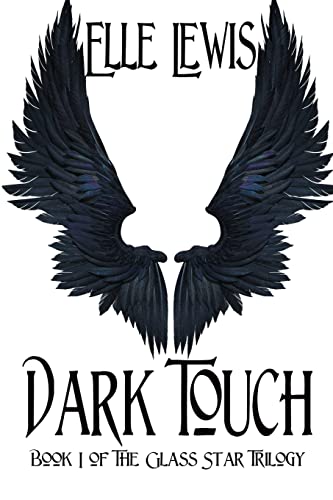 The first book in the trilogy is aptly titled as its a Dark Touch that sets the pins rolling, and in this case sets the story moving. Sloan Stolar works at a law firm in Washington, but its not a job she loves, rather its only a camouflage to help her escape her past life in California. Things get worse when an act of kindness one late night after work brings her into close contact with the dark forces. A simple touch sears her whole being and leads to unimaginable pain and violence. She experiences pain she cannot describe to others.

A man or rather a dark angel with pure black eyes shadow her dreams, turning them into nightmares where she is helpless and defenceless. Bewildered and terrified, Sloan tries to find reason behind these occurrences. All that passes her mind is to survive each day without being hunted or bruised. She keeps this secret from her close friend to protect her from the force that now lurks in every corner of her being. Her hunt for the truth behind the man leads her to a trail of extremely dark forces that will stop at nothing to kill her. Escaping them and finding the truth is what leads the story further.

The way Elle Lewis has written the book is captivating and engaging from the start. The writing is simple and lucid. Though at times some dialogues and swear words(From Sloan) seemed to be added as kick in the teeth, but they seemed jarring to me. Sloan’s reaction to the supernatural and the lack of understanding about the same has been the best part to read. She seems realistic, just like us who would be jolted by such occurrences and at a moment doubt their own sanity. But as Sloan accepts the reality around her, she faces enormous turmoil within, having to battle this alone than risk the lives of those she loves. It is endearing to read her inner battle where she struggle to limit her thoughts about the people close to her lest she endangers them as well.

Sloan’s past is mentioned in the passing, would definitely want to read more and was disappointed when consequent pages didnt throw much light on her past. But the reason she is pursued seems to be loosely connected with her past, thus making it a large part of her present reality as well.Sloan’s character is also well charted and shown as a girl who knows how to handle tough nuts and does not buckle down easily. So when faced with forces beyond her, she is left to her own defence and is pushed around like a rag doll. Would love to see her stand up and give the dark forces a taste of their own medicine.

The old topic of Good vs Evil has been dealt with in a way that its not restricted to fantasy or imagination. The author has made all efforts to make it plausible and logical, such that reading was smooth and characters mature well through the pages. They are not stagnant or linear. The only drawback was that in the last few pages it seemed that in trying to meander the course of the story to an end, Elle has elucidated so much that it becomes hard to take it all in at once. The same was advisable to have done through the story with Sloan discovering the answers rather than being handed down. With a killer on loose and even nightmares draining the life out of you, Sloan couldn’t go manage to find the needed answers. But too much at the end leaves you confused and the whole mix of fantasy with science left me reeling under the effect. The book is a quick a read and I finished it in 2 days. The book ca n be enjoyed by not only the young adults but anyone interested in fantasy and the supernatural genre.

Waiting with all eagerness for the next two. Cant wait to know whats more in store.

I received this as an eBook in exchange of honest review on LibraryThing.