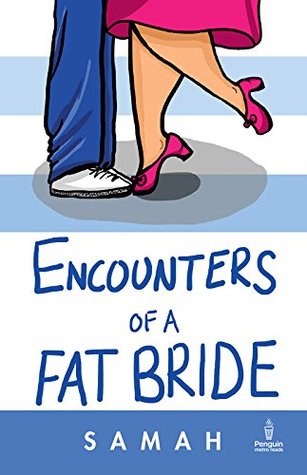 We have labels for everything and everyone. Living in a highly materialistic times, we are always ready to put forward our best face. And by that I mean the best face that apps and edits can put together. When was the last time anyone of us posted a pic that was not edited and actually revealed our true selves. There is always last minute check for any blemish or acne that missed the edits. We live in a society that is constantly bombed with images of celebrities and their likes who have sculpted bodies, near to none body fat and that healthy glow which I definitely feel is sometimes photoshopped(Like seriously!!).  Girls, boys men and women alike aspire to be like them and spend agonizing hours in gyms, doing yoga, pilates, cardio, lifting weights,… the list is endless. But there is no contentment since there is no ideal figure because its all in the mind. And the end result is that they end up with faulty sense of body image and keep running after the mirage.

So, think if you weigh more than 90kgs on a weighing scale!! What are your chances of finding a groom in the Indian society amidst the petite, skinny, fair and must I add blemish free skin. Slim right??? And speaking of arranged marriage, it only leads to dread in the hearts and minds of parents with fat, sorry overweight girls. These girls are looked down upon and stand on the bottom rung of the marriage ladder. Thus parents cover the flaw(fat) with dowry,oops, did I say that?? Sorry. Parents then make up for the fat, I mean flaw by sending gifts and trying to make the life of their daughters luxurious and carefree. But then is it???

Encounters of a Fat Bride brings to light the mortification, humiliation, jibes and callous remarks and circumstances that an overweight woman has to submit herself to in order to find a groom in India. The protagonist, Madhurima Pandey is a 25 year old single woman, independent, outgoing and weighs 93 kgs. A person who has a mind and opinion of her own she too succumbs to societal pressure and desires to fit and not stand out. Madhu too has dreams of getting married, a whirlwind romance, or atleast a romance. When her best friend gets hitched, she suffers from low self esteem and the green eyed monster raises its head once in while. Madhu tries her best to be cheerful and happy but something pricks her heart when she thinks of herself.

While all best friends finds her fairy tale romance, Madhu has devotes her time to work and study, so as to manoeuvre her parents tactics in getting her married. But as with all parents Madhu’s parents too nose dive into groom hunting. Soon, her middle class family begins to invite the eligible men in the hopes that one of them would accept Madhu into their household. They do not meet immediate success and Madhu is rejected for obvious reasons. This leaves her feeling dejected and crest fallen. After a string of no’s, Madhu finally finds the one. But not all is hunky dory here. Harsh, the boy with no flaws agrees to marry her in one go. Having been rejected, Madhu doubts his reasons for agreeing. The low self-esteem makes her paranoid and she questions Harsh’s intentions, whether he’s impotent or homosexual, does he have a secret. But she doesn’t turn down the proposal immediately. In fact she gets engaged, but a series of unexpected twists and turns lead to broken engagement. What ensues later is something that will keep you entertained and also make you question the very platform on which the generation stands today, the yardsticks by which they measure themselves, and how easily he/she is outcast or ridiculed based on body image.

Samah is a gifted writer, who manages to touch the pulse of her readers with her writing. She is at once relatable and endearing. She skillfully manages to capture the nuances of arranged marriage and the hype around it. Her caricature of Madhurima is heart warming as she is real and seems like a girl whom we must have met or have an acquaintance with. She hits the mark deftly as she speaks about the pressure of arranged marriage and the size issue.

Let me make a point here, some people may perceive this book as being odious and discriminating against those on other side of the weighing scale. But its not so. Its rather a book that should be appreciated for talking about body shaming, body image issues, fat shaming, and the resultant low self esteem. Samah puts forward a warm tale with the message that women should be confident irrespective of their physical appearances(size, color of skin, height, etc).

Apart from the lighthearted moments, and topics of body image and dowry, the book also delves into some serious issues like that mental health disorder and gender bias. Its a hard hitting yet pleasant take on the society’s fixation with size zero(if there is one) or a body without an ounce of fat. You will enjoy the conversation between Madhurima and her grandmother who is conservative yet open minded and shows how to strike a perfect balance. Any girl/ woman who has experienced body issues or self esteem issues should definitely give this a read and I assure you when you put the book down, you will have your shoulders broad, chin up and a gleam of confidence in your eyes.

On an end note though, the ending could have been better and not hurried as it seems. It felt that since the book is like a countdown to the D- day, Samah somehow wanted to end the book and not sound preachy. Wanted to read more of Harsh and Madhurima’s love story though.

It is a fun easy read that will make you keep turning the pages till you find yousrself at the back cover, with no more pages to turn. It brings to picture the stark reality of many girls and guys who have complexities , self esteem issues and face criticism everyday of their lives. Kudos to them for their daily battles…